"Playing acoustic guitar and singing about real stuff."  The songs that  Kevin Mitchell plays and sings have the feel of a far off Woody Guthrie era, mixed with a contemporary roots vibe."  Prairie born and raised( Regina), Kevin Mitchell has been on the west coast for 30 years. In the vein of Alt Country Roots, Folk and Blues, his songs are honest and engaging and performed with a unique style that plays like the band. Strong rhythms and uniquely original lyrics combine for a refreshing original sound. Recently he has stepped out onto the recording and performing scene making him what some may call an 'emerging artist His songs conjure up vivid imagery and timely metaphors that speak to the social and cultural issues that face the planet at this critical time. His songs tell stories about salt of the earth people, remote corners of the country , and forgotten relics  from his prairie roots, to life living on a Gulf Island on BCs' west coast.

A prolific songwriter, he has just released his 6th  full length album, Turn Around  (April 2019) with producer Marc Atkinson, recorded at The Barn Studio on Hornby  and featuring Marc on guitars, bass, keys and drums, Kim June Johnson on harmony vocals, and some guest appearances from Daniel Lapp, trumpet and John Ellis, Pedal Steel. Before that Pieces, 2018(an instrumental) with producer/musician Marc Atkinson(The Bills) on Hornby Island. In A Perfect World (2017), produced by Corwin Fox at Hidden Well Studio. The title track was named Vancouver Island Music Awards 'Song Of The Year"( 2017) . His 2015 release, Home In The Sky, also recorded and co produced by Corwin Fox, and featuring some great players from the Comox Valley  earned him a nomination in Vancouver Island Music Awards for album of the year. He is currently in the studio again working on his next album due out in 2020.

For the last few  years Kevin has been primarily touring in Saskatchewan and BC. Performing at festivals( Vancouver Island Musicfest, Ness Creek,)  house concerts, and folk music venues both in the prairies and in the Vancouver Island region. Kevin Mitchell is fast becoming a new voice in the Canadian folk scene. 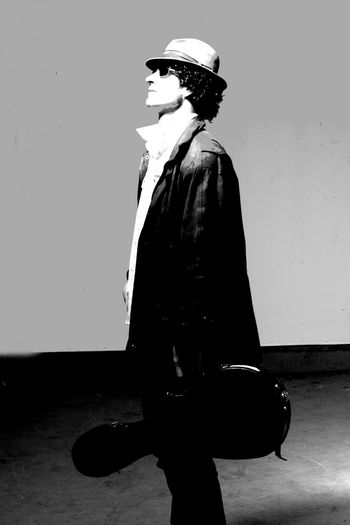 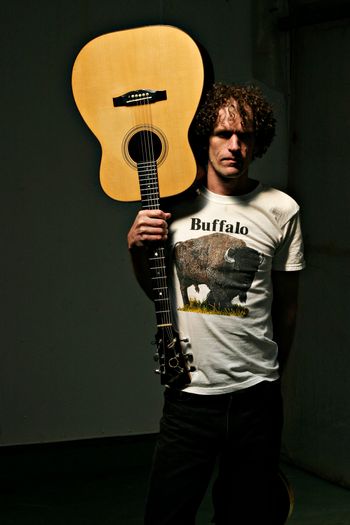 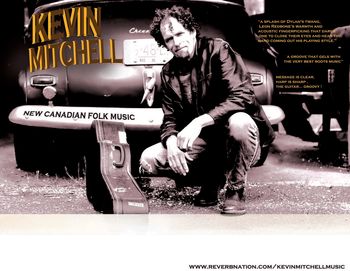 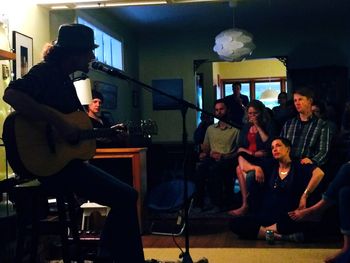 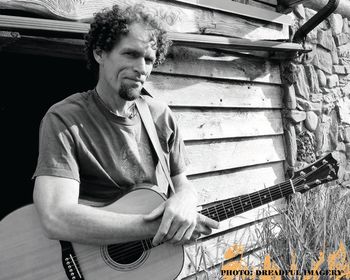 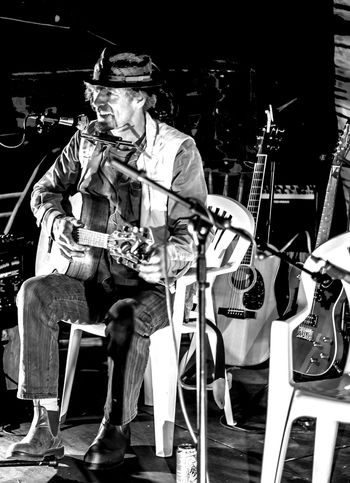 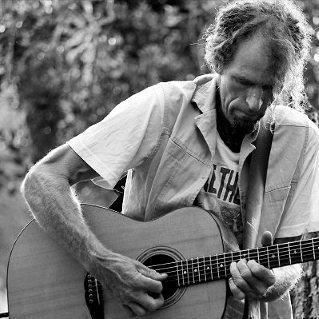 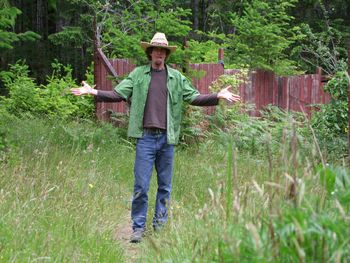 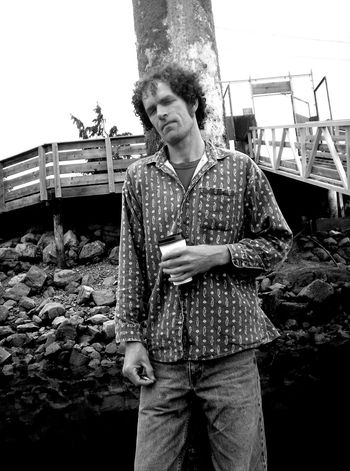 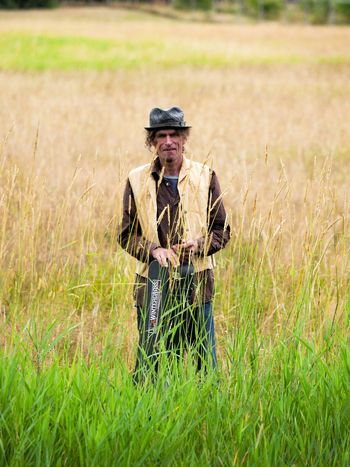 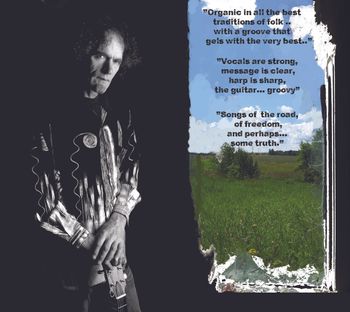 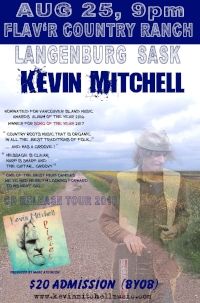 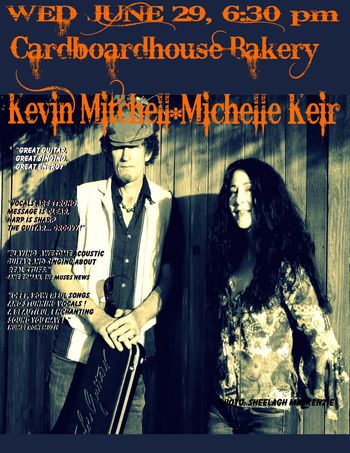 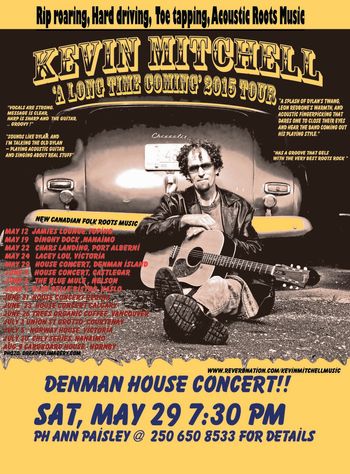